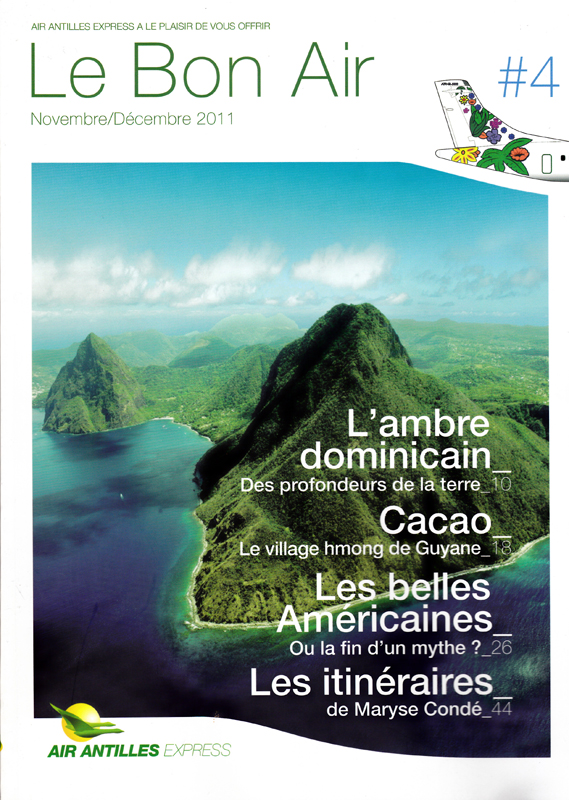 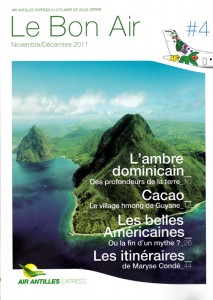 Between Saint-Barthelemy, the Antilles and Paris, Hélène Bernier makes every effort …Supported by many members of his association, led by beautiful and necessary convictions, she struggles to preserve nature and maintain the culture of her island sheloves so much. Interview with the director of St. Barth Essential, woman of passion and action.

Helen, can you briefly tell us about your association?

H. Bernier : St. Barth Essential was founded in June 2009. Its mission is to defend,pass, developing historical interests, cultural, environmental and heritage of the islandof Saint Barthelemy through actions, events and various workshops and information.

We have six members and a few recurring 90 members who subscribe to our causeeach year and also provide us a hand.

I think of that deals with Sylvie website, Françoise who is responsible for drafting andlegal steps, to Natalie and Christine who are more invested in the book, Arlette helps us tremendously to the story (it is a treasure of information and an unchallenged),Jean-Philippe who knows convince people to support us and we contribute financiallyor logistically, otherwise nothing would be possible … I thank them, and members who make themselves available for specific actions commendable, for example at 4am for the land or 4am to clean the roadside of the island (most recently, the sixty peoplegathered on the ground allowed the collection of two tonnes of waste).

In 2009, did you think the association would take such a nice flight?

H. Bernier : No, we did not imagine the magnitude …

Initially I had just created a Facebook group in the idea of ​​showing the real St. Barts,that is to say his real soul (the traditional huts, the old stone walls, flora, fauna. ..).Residents and people who had stayed on the spot enough time to feel intimately connected to the island, are then hooked to publish their old photos, share their memories, their experiences …All this led us to organize video projections that we met at the outset some 400 peoplecame to discuss various themes. That’s why we were then contacted by the serviceoffice of the Community for a book / album lists these bits of happiness is edited. ThusSt. Barth Essentials was born.

Then, very quickly, our role has intensified: following deposits of large-scale real estate projects with the Community, we mobilized all our energy to safeguard ourisland. Strong support from all members of the association, petitions were signed, for Alleviating the designs of urban planning that would destroy the natural areas of the island. This step required us to inform us about the endemic species that was really necessary to save and so we initiated in the wake of the vast inventory program of thelocal flora and fauna in collaboration with leading scientists the National Museum ofNatural History in Paris.

What are the notable projects that have, or will, develop the reputation of your association?

H. Bernier : Thanks to the diligent and growing involvement of our members, most of our actionsare successful.

I wear special attention to the petition for the preservation of natural areas, which iscurrently our best effort. Indeed, despite legal obligations to petition the voters, the President of the Territorial Council has let things go. And it is only after an action before the Administrative Court argued that the situation in our favor …

I also filled one can develop, over the next three years, a working protocol with the best specialists of the Caribbean to achieve the realization of a strengthened annexesherbarium sheets and pictures explaining the list red in Endangered Species of St. Bartholomew. We will see a complete inventory of flora and fauna. The ultimate goalwould be to devote one’s own natural history museum in St. Barts but also published a book dedicated to the local native flora.

Do you have partners?

H. Bernier : Yes, Le Toiny supports the association since the beginning and contributes to itsfinancial health. Air France also joined us in 2011: the company supports the travel of scientists who come to Paris to help us. The Le Guanahani also makes us muchservice by offering free accommodation. Similarly for the company that we Turbé Car Rental provides rental cars at lower cost. Many other partners, who will not be cited, weprovide a great help … I thank them.

What are your goals in the longer term?

H. Bernier : We are currently working on writing a book / album, as I already pointed out, will bededicated to St. Barts from 1900 to 2010. He will discuss the island yesterday and today, over pictures and commentary of anecdotes collected from the former. It will be released in December. The profits from the sale will fund a bus that will transport the elderly who wish to relax and break with their daily, attending, for example, festivals and events organized by the Community.

I also hope that our significant contribution in the fields of environment, heritage, cultureand life every day in St. Barth, we will soon become an association of public utility.

Can we say that the association runs parallel major cultural and environmental projectson the island, she introduces them, encourages them, supports them?

H. Bernier : You see, I’m really attached to my island, its identity and its specificities. I hope that my fight to defend it will spare us the sterile uniformity of globalization. My hope is that the soul of St. Bartholomew, and the differences that characterize it, are still longappreciated its inhabitants and tourists who love invariably come back.

That’s why I sincerely hope that we can participate in projects that further theCommunity provides for the island of St. Barts, and we can work together on related topics. So far, the association has essentially placed the finger on sensitive issues andit bothers necessarily leaders who are then obliged to respond and be accountable …Thus some difficult issues have moved forward. In short, you’ll understand that we still have major tasks to be undertaken to make things happen…

What are the appointment not to miss the coming months?

H. Bernier : With the inventory program that began in February 2011 and takes place over three years, four visits per year for twenty days each will be needed to identify the flora and fauna of the island (including one during the wet season and another at the time of Lent). Throughout this period, lectures and field trips, open to the public, will be scheduled. The next meetings will be held from 10 to 30 October 2011 in the presenceof the botanist Claude Sastre.

Do not hesitate to join us in Gustavia at events planned from 26 to 30 October on the occasion of the coming of the Heritage Foundation as part of the year overseas. As aregional representative of the Foundation, I take care of the proper management of this event and I will welcome the personalities who are invited, including Ministers,Senators, Deputies, members of the Conservatoire du Littoral, members of the Directorate of Environment, Physical Planning and Housing, etc..

By early next year, from 14 to 19 January 2012 (schedule to be confirmed), spaceweather in Gustavia, the author Corine Sombrun host a conference on the environmentrather unusual and shamanism …

Dear Helen, thank you for your intervention in the magazine Bon Air. Which wordswould you conclude this interview?

H. Bernier : As time passes and our modest means, I realize the path already taken by the association and its real usefulness. But I know that we still have a lot of work for St. Bartholomew could find a viable balance over time. It will obviously enhance our performance and implement a communication that boast the island, certainly for its beautiful beaches and gastronomy, but also for its specific natural and preserved environment. I am confident that we can draw a parallel between economic activity andsafeguard our environmental heritage, cultural and natural …

The association is becoming increasingly important in Saint Barthelemy. It is also becoming known to the world. All this is now possible thanks to the work and enthusiasm of our many members, the support of our partners and financial donationsfrom the general public that I can not thank enough. And because St. Barth Essentialcan continue to develop sustainably if people engage and mobilize, I encourage a maximum of Guadeloupe, West Indians, French and nationalities to join us …

The association members are expressed…

Delphine (Paris) : I support St. Barth Essential for a year. I am an active adherent, but not being there, I act rather in the shade. I knew the association via Facebook, I got interested then I metHelen on Paris. Affected by the magnitude of his actions, I wanted to support her and make her fight is mine. I consulted for advice, I help in the drafting of relevant documents … In short, I give of my time when needed.

France (Bièvres) : I bring my expertise to the management of collections by leading the working groupwhich I am responsible. I accompanied my husband, Claude, a botanist at the National Museum of Natural History, the botanical excursions, and I participate in the writingfield observations (the ultimate goal being the inventory of the flora of St. Bartholomewand implementation evidence of plant species threatened with extinction). My actionsare part of national projects focused on maintaining the biodiversity of the entirenational territory.

Dr Léonide Célini (Université Paris Est Créteil) : Ecologist, I am convinced that local actions to conserve natural resources to contributeto future generations a planet in better shape. I am therefore very sensitive to the actions that led St. Barth Essential to protect, conserve and promote the heritage of flora and fauna of the island. As the researcher entomologist, I bring my experience by actively participating in various research programs that the association is taking toachieve its objectives.